Autism is a developmental disability, sometimes described as a complex neurobiological or neurodevelopmental disorder, that can have lifelong effects. It is estimated today that in America 1 in 44 children (i.e., 2.3% of 8-year-olds) are diagnosed with an autism spectrum disorder (ASD), according to the Centers for Disease Control and Prevention (www.cdc.gov). In Arizona, the rates are higher at 1 in 40 (i.e., 2.5% of 8-year-olds and 1 in 99 or 1% of 4-year-olds).  That translates to over 40,000 children under age 18, including 26,000 in Maricopa County alone.  It occurs in all racial, ethnic, and socioeconomic groups and is about four times more likely to be identified in boys than girls, although girls and minority groups tend to be diagnosed later and less frequently.  Girls also tend to present with subtler symptoms that are less easily identified as autism.  Most children continue to be diagnosed after age 4 years despite symptoms often developing as early as 12-18 months of age (www.nichd.nih.gov).  Autism can reliably be diagnosed as early as 24 months old (www.cdc.gov, www.nimh.nih.gov), with many evaluations occurring as early as 15-18 months of age.

Autism is described as a spectrum disorder because it affects each person differently and results in a very broad range of outcomes. For example, some individuals are nonverbal while others can sustain a conversation. Many children participate in a special education classroom while others are mainstreamed with typically developing peers. Some adults can live independently, maintain a job, and have a family while others will need supported living accommodations for the rest of their lives. The future of a child with autism is not known at the time of diagnosis, but the quality of treatment and support the child and family receive throughout the years undoubtedly has an enormous impact.

The diagnosis is based on significant impairments in social communication and interaction as well as stereotyped and repetitive interests and behaviors. Abilities can vary from gifted to severely challenged. Some common observable traits include avoiding eye contact, flat affect, repetitive actions or routines, difficulty accepting change or transitions, not understanding how to play or socially interact with others, hypersensitivity to sounds or textures, , and difficulty understanding other peoples’ thoughts and feelings.  Related difficulties commonly displayed include problems with eating and sleeping, adaptive delays, fine motor delays, and challenging behaviors including emotional dysregulation and/or aggression.

There is no known cause and no known cure for autism. However, there are treatments and services that are known to help reduce functional impairments and improve the quality of life for individuals and their families. Every child and person affected by autism has the potential to develop functional skills and positive behaviors to overcome barriers, participate in society, and sustain a high quality of life. It is our mission to help them get there.

Having trouble getting the help, support, and funding you need? We can help. 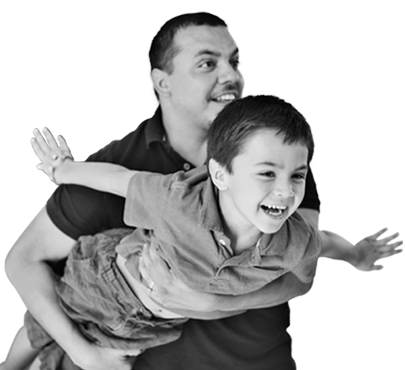 Contact Us
Having trouble getting the help, support, and funding you need? We can help.